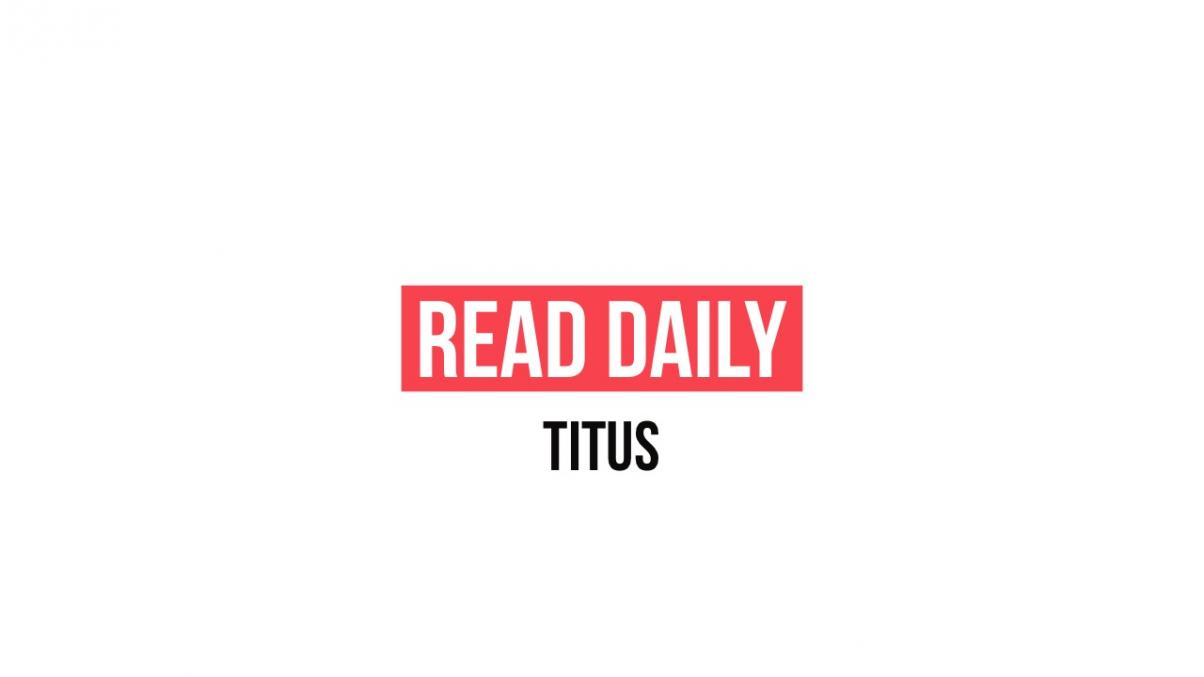 Paul, a servant of God and an apostle of Jesus Christ to further the faith of God’s elect and their knowledge of the truth that leads to godliness

If I asked you to describe yourself, what would you say? Maybe you would say: smart, kind, funny or sporty? But it’s obvious that we want to use the best title as a means of describing our identity. It’s just like when you write your CV - you write down all of your strengths and achievements. You project your identity in the best possible way in order to make yourself feel valued. However, when we think about our personal identity, do we do so with God and His will in mind?

The letter to Titus lays that challenge for us. As we come to the first part of this book, we find Paul introducing himself to the people of Crete where Titus brings the Gospel to. But as Paul introduces himself and projects his identity, we find something quite strange - we find himself using two contrasting titles/characteristics for himself. Look with me at verse 1.

Paul here is introducing himself as a servant. Now for those of you who are thinking, ‘why is this so strange?’ Well, think about it, why would someone want to bring their status down to the level of a servant? A servant is the lowest ranking member of society. It is the least flattering way to describe yourself. Yet, for Paul, a servant of God remains a title of great humility. Paul humbled himself as one bought, owned, and directed by God. This title of servant shows that he is committed and faithful to his ultimate master, God Almighty.

And if we read on, we find the second title/characteristic which contrasts with the first;

v1 “…and an apostle of Jesus Christ”

This title is, on the other hand, of great authority. This indicates that Paul, who received a unique personal call from Jesus Christ Himself, was called to be one of Jesus’ inspired messengers. So this title of ‘apostle’ is given to Paul because of Jesus’ authority which has been delegated to Paul. This makes him a man of great authority in his writings to Titus and the wider church. Note the significance of what Pau has said so far. He is both a servant of God and an apostle of Jesus Christ. When we see both together, we see clearly that Paul’s identity was in Christ and his purpose was to serve God.

What’s interesting about these titles, however, is that we’ve seen them used for someone else in the bible. Not just anybody, Jesus himself. I wonder if you’re familiar with the passage in John 13 were Jesus washes his disciples’ feet - this is Jesus literally taking the role of a servant and, not only that, doing it with a servant heart. In verses 15 and 16 Jesus says this to his disciples’;

I have set you an example that you should do as I have done for you. Very truly I tell you, no servant is greater than his master, nor is a messenger greater than the one who sent him.

Jesus has set us an example of humility and how we should serve with a humble heart in all things. This is what Paul is doing - he is following the example of Jesus. Aren’t we also to follow this example?

In Hebrews 3v1 it reads; “Therefore, holy brothers, you who share in a heavenly calling, consider Jesus, the apostle and high priest of our confession.” Verse 2 goes on to say how Jesus was faithful to the one who appointed him, God. Jesus was faithful to God in every moment of his life, faithfully obeying his calling to the cross where he died and rose again and defeated death for our sins so we could have a personal relationship with our creator. Now we may not be “apostles”, but we have been given something full of authority, the Bible. We are called by God to “Go into all the world and preach the gospel to all creation”.

So, as you prepare yourself for the day ahead. Remember as Christians who our identity is in - Jesus Christ. He is our greatest example of having a servant heart and has given us a book of authority, the Bible. Because of this great identity in which we are to go, and share with others the good news of Jesus Christ Himself!